Showing posts from July, 2017
Show all

Those were indeed the days 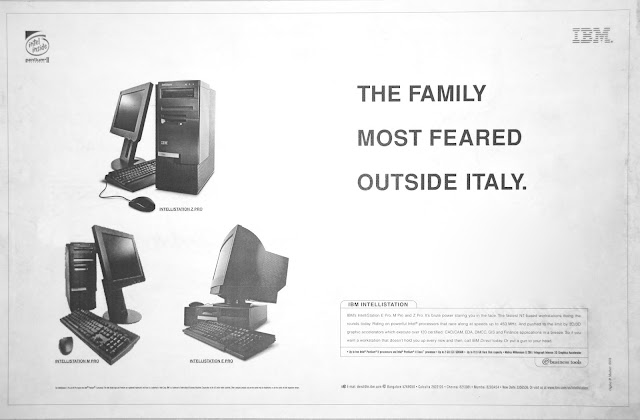 In the late 1990s, Ogilvy & Mather was by some distance the hottest agency in Bangalore. Though things have cooled off significantly since then, in those days it was very much 'the agency' to work at. Every creative person in the city wanted a job at O&M, and that included me. As luck would have it, Ogilvy was desperately looking for a Junior Copywriter, which I quite fortunately happened to be in ample measure. And as fate would have it, two months, three interviews and competition from close to 60 other candidates later, I was hired to this pivotal position.  It was June 1998, and I was officially Junior Copywriter at Ogilvy & Mather. I had been assigned to the IBM account. We were a very large team. In all there were four of us. Two writers - my boss and I. And 2 art directors of corresponding vintage. I got all the work my boss didn't want to dirty his hands with. And that included direct mailers, posters, banners, standees, stickers and body co
2 comments
Read more
More posts